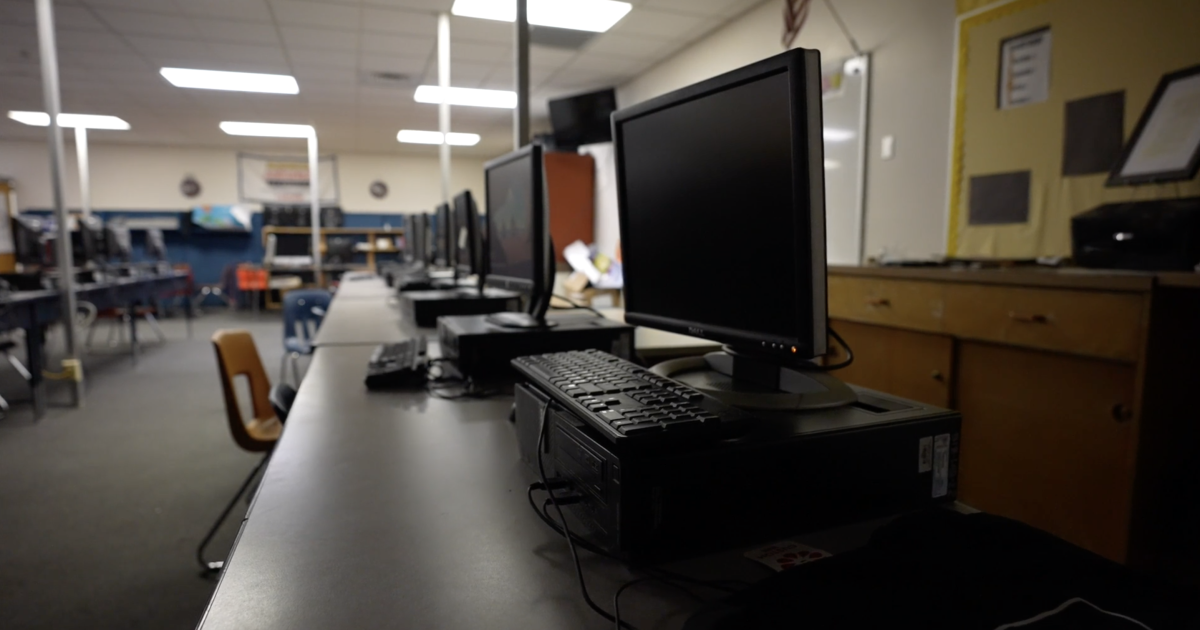 For many people, Internet access is more than a need.

At Vision Net in Great Falls, MT, they connect the state’s small ISPs to the rest of the world.

“We are behind the scenes,” said Gary Evans, director of operations at Vision Net. “Most of them in Montana go through us to get out into the world.”

Vision Net is a network operations center or intermediate carrier.

“We’ll get their traffic through here, through their network, where it needs to go,” Evans said.

It all happens in a data center on top of a hill outside of town.

“It used to be just a fun thing to have around the house, and now it’s an essential service,” Evans said. “911 crosses our network throughout much of the state. We carry 911 traffic, one of the things we do behind the scenes. So if our network goes down, a lot of people won’t be able to call 911. ”

Montana is currently one of the worst states for Internet connectivity.

“There’s a lot of dirt between the bulbs in Montana. We’re just a small town with long streets, ”said Geoff Feiss, CEO of the Montana Telecommunications Association. “By some standards, we are 51st in the country for broadband accessibility to state consumers. How do you manage to be 51? You add DC in there.

“We’re a big state, not a lot of consumers. It is very difficult to serve. It’s just an expensive place to serve, ”Feiss said. “New Jersey, Delaware or Connecticut are states that can fit into a few counties in Montana with millions of consumers and the cost of providing services much lower.”

The infrastructure bill under consideration by the federal government could help this city and other rural communities.

“This would provide $ 42.5 billion for broadband infrastructure investments,” Feiss said.

It’s not just the lack of access. In some areas, it’s more cost or quality.

The school accommodates 300 students from kindergarten to grade 12. They are opening the school up to families and students who need to use the internet, because just outside of town, Pieper says the connection can be hit or miss.

“We’re only seven miles from town and we’re struggling to find options. I have probably contacted more than five providers, and each of them said to me, “Sorry, we don’t have internet available at your address right now,” she explained.

She currently has internet which is slow and does not work well during peak hours. Christopher Mitchell of the Institute for Local Self-Reliance said this is common for residents of rural areas.

“There are a lot of places that seem, in the national database, like they have a service, but that network just doesn’t work very often,” Mitchell said.

Feiss and Evans hope they can help deliver better access and connection to those who need it, with fiber being the desired option.

“It’s almost mind-boggling how much you can get across two of these fibers,” Evans said.

“Fiber optics is the Cadillac, the gold standard in broadband technology,” Feiss said. “It’s a reliable medium and it happens to be able to deliver as much bandwidth as you can consume. “

Pieper hopes this might be an option for his house in the future.

“We have a fiber thread that goes all the way down our driveway and we can’t access high speed internet,” she said.

It’s a service that many of us take for granted.

“Having the Internet is just as essential as having electricity,” Pieper said.