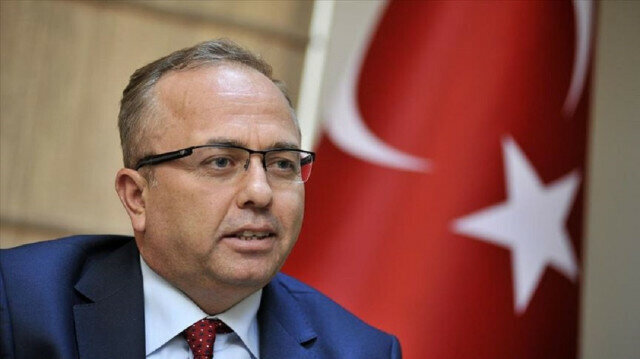 With 377 schools and nearly 50,000 Maarif Foundation students across the world, Turkey now ranks among the top five countries with its global school network, the foundation’s director said on Wednesday.

In an interview with the Anadolu agency, Birol Akgun spoke of the last five years since the creation of the foundation, and highlighted its operations and future projects.

Stating that the Maarif Foundation was established in June 2016, a month before the attempted coup of the terrorist organization Fetullah (FETO), Akgun said the organization’s initial activities focused on taking over schools. affiliated with FETO abroad.

He also said that they have had contact with host countries, developed relationships and eventually taken over most of these schools while some countries have chosen to close and nationalize these schools. Turkey is taking the lead in the global school network with France, Germany, the UK and China, the foundation’s director said.

“Our foundation has so far taken over 230 FETO affiliated schools in 19 countries,” Akgun said, noting that the Maarif Foundation has officially contacted 104 countries in the past five years and has entered into protocols with 89 of them. .

“We have schools in 44 countries where 45,000 students have been trained and that number is gradually increasing,” he said, adding: “About 5,700 students are graduating from high schools with an average of 1,000 students per year. .

The official further said that 24 educational institutions are located in Africa and that there is a Maarif school in almost all of the Balkan countries.

Emphasizing that the foundation was not created just to fight FETO, Akgun said schools also organize non-formal educational activities abroad, such as in Germany and France.

While organizing educational activities in line with international and local accreditation standards, schools also play an important role in teaching Turkish across the world, according to Akgun.

The foundation continues to operate three schools in Afghanistan despite recent political and military developments, and the schools have not been affected during the process, he said, adding that some 6,500 students have been educated in these schools. in various provinces of Afghanistan.